google-site-verification=29twcKpxtwsYdXK2TFADiC4xOORrW28JCpKFeBq_ggE
JANE BEAN
‘Cor blimey! Would you Adam and Eve it!’ she exclaimed, for all to hear. ‘Stop rabbiting on about all that malarkey. Look what you done to me bottle an’ glass. You gone an’ made it look massive!’ 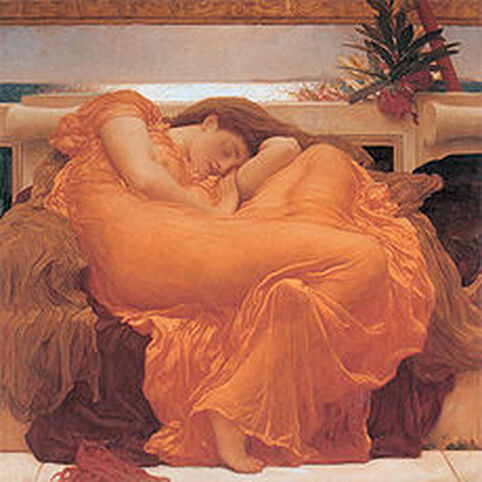 ​Frederick Leighton was knighted at Windsor in 1878. The painting, Flaming June, was finished in 1895, and the following year he became the first painter to be given a peerage. Unfortunately it came a little too late for him; he died the day after the patent came through, and as he was unmarried and childless, it also made his hereditary peerage the shortest on record.
George Bernard Shaw was a friend of Sir Frederick, and had met Dorothy Dene on several occasions. It is speculated that she was his inspiration for Pygmalion.